What is XPA beer? All you need to know!

In the past few years, you see the term XPA pop up more and more. This article will explain what XPA beer really is and why you should care.

XPA beer stands for Extra Pale Ale. XPA beers are not quite in the same category as India Pale Ales (IPA) and American Pale Ales (APA). XPA’s are often rich in flavour and contain a lot of hops. They are not very strong in alcohol, usually only around 4-5%. They use American hops instead of English hops, which often have strong citrus flavours. XPA is an unofficial beer style. It is up for interpretation.

We now have a little bit of an understanding of XPA beer. But let’s take a deeper look at XPA beer and the difference with pale ales. Beer shouldn’t be so confusing!

The Extra Pale Ale (XPA) is not an official style of beer like a porter or a stout. Some brewers use this term to describe their beers. This can be either a clever and useful way to describe beer or it can be too complicated. Both points of view are understandable.

It is impossible to explain what an XPA beer really is without going into the history pale ales. Let’s dive right in!

The Quick History of Pale Ales

Beer in England before pale ale was often horrible. Brewing beer meant that the malt was often roasted over wood or peat fires. Sometimes this would work and give beer a smokey flavour. This is especially true for porter beers. But most of the time the beer was not very enjoyable. In the 17th century, beer brewers started to use coke (from coal… not the other type) to roast their malt. This didn’t give off a smokey flavour and didn’t brown the beer as much. This made the beer appear paler.

Eventually, a chemist called C.W., discovered a way to replicate Burton’s water chemical composition by adding lots of calcium sulphite. This gave other breweries the opportunity to use water that enhanced and highlighted the delicate hop flavours the same as the pale ales from Burton Upon Trent.

Pale Ale was known in England as “Bitters”, because it had a stronger taste than mild (another popular beer). An English pub would typically sell Pale Ale, Mild, Porter, as well as a stout. Both Pale Ales and Milds would look similar, but the mild would be more bitter due to the hops. Most beer drinkers today don’t know that their pints of bitter are pale ales!

It is important to note that pale ales in the 19th or 20th centuries were not bitter and “hoppy” compared to what we call bitter now. However, they aren’t bitter or bitter today. Their bitterness was nothing compared to today’s NEIPAs and IPAs. Talking about these beers…

During the 17th-20th centuries, something else was happening in Britain. It was called empire-building. This required a lot logistics! It was crucial to transport the best beers across the globe. However, while porters and stouts survived long sea voyages unharmed, pale ales were not so lucky because they didn’t age well. While Pale Ales were not doing very well, a new beer called “October Beer” was flourishing.

October beer, made with more hops than the pale ales, was designed to age well. It was great for long sea voyages to India for example. October beer was very popular until the London-based brewery which made it was bought by another brewery. Samuel Allsop, who brought pale ale from London to Burton, decided to add more hops to his pale ales to create the India Pale Ale.

The trend was followed by other breweries in Burton Upon Trent. India Pale Ales (IPAs) were the new type of beer. These beers were stronger and hoppier than regular pale ales and porters. The IPA was popular in England for many years before the introduction of continental lagers.

Home brewing was a popular hobby in America in the 1970s and 1980s. This led to the revival of old styles. American home brewers loved IPAs.

These IPAs were distinguished by their use of American hops which resulted in more citrus-like flavours. This revolutionised the world of IPAs.

American IPAs taste much better than English IPAs in terms of alcohol content and taste. There have been new subdivisions in American IPAs like West Coast IPA or New England IPA. But we won’t dive into all the subdivisions in this article. American IPAs average between 5-6% alcohol. However, you can find loads within the 6% to 7% range too!

Extra Pale Ale is often thought of as a weak beer that is almost transparent in colour. It is slightly lighter than an English IPA but is almost the same colour as an American IPA. Expect fruity flavours as the beer will be made with American hops. XPA beers are usually not as fruity as American IPAs though, but it varies between beers.

XPA beers fill a niche in the market. They are more hoppy than English-style IPAs, and they tend to be stronger. They aren’t as powerful as American IPAs though. They can be thought of as West Coast IPAs with strong flavours, but easier to consume a few pints while still being able to function.

The Prickly Moses XPA is a wonderful example of an XPA beer. This beer is brewed with a mixture of Mosaic and Citra hops, which give the beer strong citrus and stone fruit flavours and aromas. It is clean with an assertive bitterness leaving you wanting more. The beer won a gold medal in the INDIES beer awards, and because of its popularity, Prickly Moses has added this beer to its core range. The ABV of this beer is 5.4%. 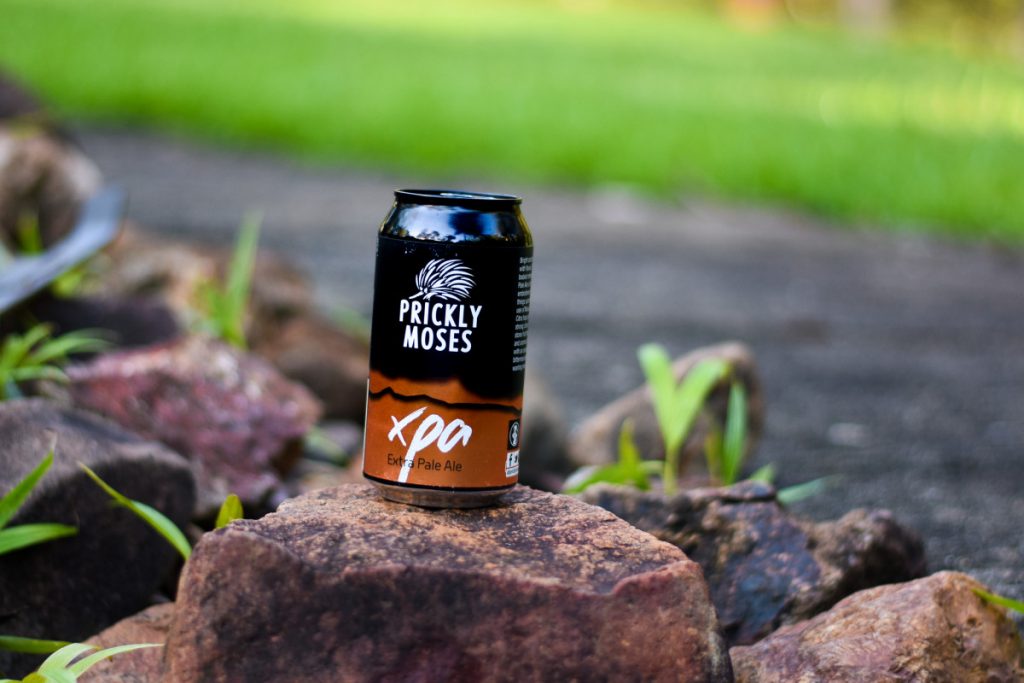 What is XPA beer & is the XPA Beer category necessary?

The XPA category seems unnecessary, but having the extra category is harmless. Yes, there is a difference between the American IPA and the traditional English IPA. However, this gap is not as defined as people think. It would be impossible to tell the difference between a high alcohol, hoppy English IPA or a low alcohol American IPA. Other than the differences in hops, they are almost identical. The XPA doesn’t make this difference any clearer though, because the definition of XPA is so broad.

Although the launch of XPA beers seems to be more like a marketing strategy, then anything else, the punters seem to love this beer category and that’s what’s most important! So let’s crack open another XPA together and enjoy the different fruity hops.

As long as it tastes good, looks nice, and is reasonable in price, that’s all that matters. The beer won’t matter which category it falls into.